DEALING WITH THE NEW WAVE OF DEBT OVERHANGS

PUBLICATIONS DEALING WITH THE NEW WAVE OF DEBT OVERHANGS

A Joint initiative between the International Economic Association and the Finance for Development Lab, co-led by Reza Baqir (HKS), Ishac Diwan (FDL), and Dani Rodrik (IEA and HKS).

The initiative proposes to explore how to improve debt restructuring negotiation processes by both evaluating in real time “deals” as they get struck, and by discussing some of the ongoing global initiatives that can affect these deals, such as efforts to improve the G20 initiated Common Framework for debt negotiations, scale up green finance, and improve the performance of IFIs.

Badly hurt by a series of negative shocks since 2019, and increasingly shut-off from capital markets, many developing countries (DCs) are at risk of falling into a debt crisis. The current global financial architecture reacts to debt crises through the negotiation of complex packages that include the debtor country, international financial institutions (IFIs), and external creditors. The debtor must promise to “adjust;” the IFIs must put up new loans and enforce conditionality; and creditors must accept some amount of debt and debt service reduction. Domestic parties also matter: bondholders or labor unions for example try to protect their interests. The bargaining process among these stakeholders can be lengthy, involving domestic and global gaming, each trying to push the costs of adjustment onto others.

In this paper we discuss how the diverse aspects of such adjustment-cum-debt restructuring packages can be evaluated in a coherent fashion. A unified treatment of such packages allows us to highlight important questions that tend to be less evident when studying them in isolation, such as: 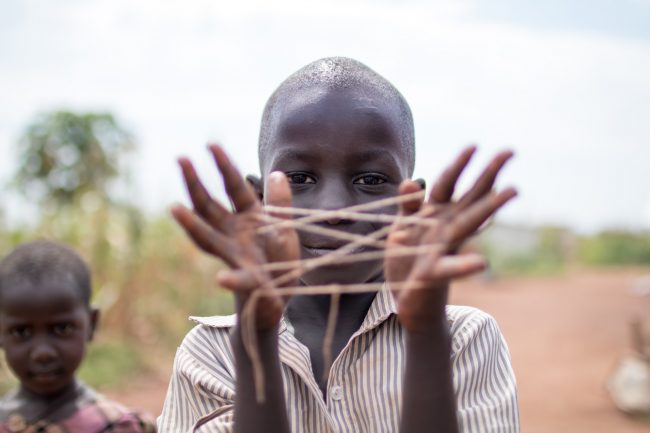 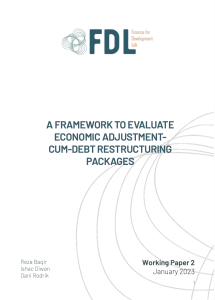 In an earlier paper, two of us developed a framework that clarifies how debt workouts, new loans, conditionality, reforms, and burden sharing relate to each other (Diwan and Rodrik 1992). New growth opportunities play a central role in that framework to facilitate deals among the many stakeholders involved. Taking advantage of these new opportunities requires new funding, but also conditionality, debt reduction, and fair burden sharing. As we embark on a new wave of debt workouts, it is necessary to update some of the elements of such grand-deals and adapt them to the new global realities. This relates in part to the nature of growth opportunities, which now include centrally adaptation to climate change but also other developments such as deglobalization, digitalization, and the likely demise of the export-oriented growth model.

The required reforms require large amounts of new funding. In the current context, new flows must come early on from the IFIs, but the private sector should be able to provide flows soon afterwards, with an enabling and backstop role played by IFIs.

The nature of conditionality will need to be adjusted to the longer-term nature of the reforms under consideration as well as the reduced growth opportunities. Because the existing debt overhang constrains new lending, it will be necessary to remove it by reducing debt. Creditor heterogeneity raises further new issues on how to share the burden of debt restructuring in a fair manner. These considerations also bring to the fore some of the ongoing discussions on how to enhance the DCs’ growth process, make the G20’s initiated Common Framework for debt overhang resolution work, scale up green finance, and improve the performance of the IFIs.

In the rest of this paper, we describe a broad model of the three-ways deals among a debtor country, the IFIs, and old creditors; consider what type of efficiency gains can facilitate deal-making in the current environment; discuss the nature and limitations of growth possibilities; examine the challenges of the management of conditionality in such an environment; discuss the implications for IFIs financial resources; and end up with considerations of burden sharing. A short conclusion sums up the main policy implications of the analysis.