PUBLICATIONS « Embarking on a Path of Renewal »

by the MENA Commission on Stabilization and Growth 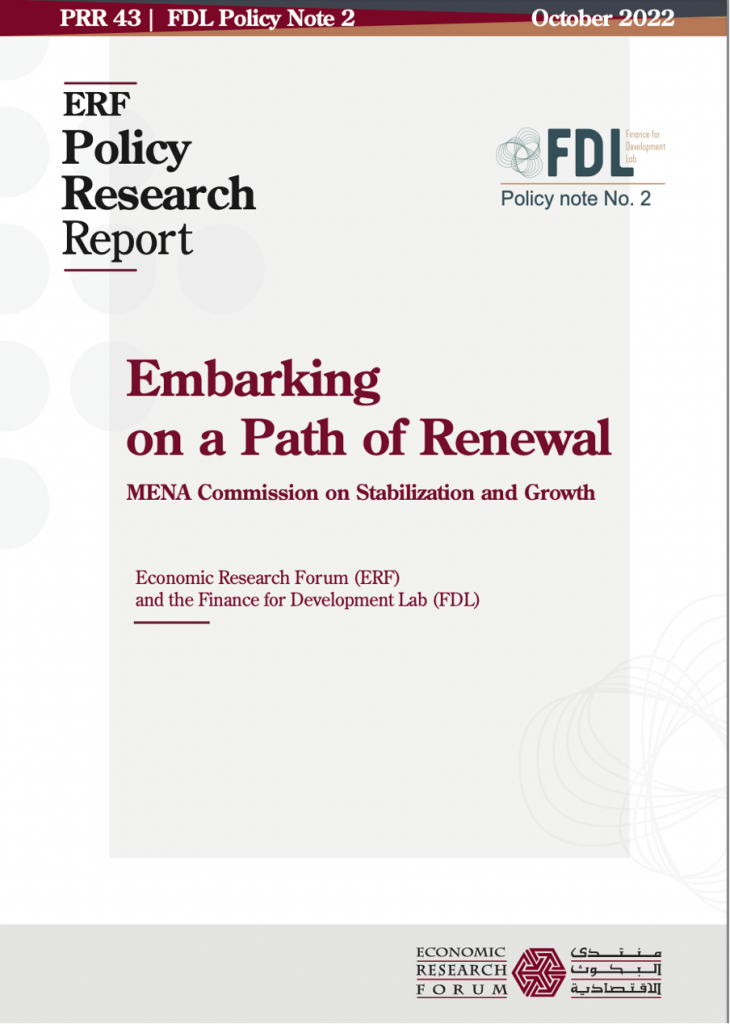 Much has been written about the weaknesses of the Middle East and North Africa (MENA) economies: their low level of innovation and labour productivity, the lack of dynamism of their private sector and large informality, the decay of the capacity of the state and of the quality of its services. The social impact of these weaknesses is also well understood: rising poverty, high unemployment, and increased inequality. There is a heavy sense of stagnation and unhappiness in the region. The resulting social discontent had led to the Arab Spring of 2011, and to repeated eruptions of anger, before Covid-19 put a temporary halt to social mobilization. But this has not spurred efforts for fundamental renewal, and economic performance continues to stagnate.

What is less understood is that the financial situation is about to become much worse in the oil importing countries of the MENA region. In these countries, political stability was only preserved in the past decade through expansionary public spending financed by debt. This process has by now largely run out its course. Lebanon and Sudan are in the midst of a severe economic and political crisis. In the other oil importing countries (such as Egypt, Jordan, Morocco, and Tunisia), public debt levels have become very large. This is putting extra pressure on budgets, making it difficult to refinance debt, and increasing the risk of a financial blow-up.

A regional commission of experts, working under the auspices of the Economic Research Forum (ERF), and the Finance for Development Lab (FDL), was asked to evaluate the macro-economic risks ahead, and to make recommendations on the best course correction to avoid them. There exist many useful reports by national, regional, and international organizations on similar issues. But they tend to be technical in style and diplomatic in tone. The responsibility of the Commission was to not shy away from the very political choices that confront MENA societies at this historic juncture. As a result, the report is meant to convey coherent and comprehensive messages about the risks and opportunities of the region’s development path.

After a process of analysis, consultation, and deliberation, the Commission came up with four sets of recommendations, which are developed in their report: